The Provincial Court of Saskatchewan is a court of record with civil and criminal jurisdiction defined by federal and provincial statutes. The Court consists of a Chief Judge and 48 additional judges who are appointed to hold office until retirement.

In addition, Provincial Court judges travel to more than 60 other communities for court matters. These communities are known as circuit points.

History of the Court

History of the Provincial Court of Saskatchewan

The Provincial Court of Saskatchewan was created in 1978. It was the modern evolution of a court system in Saskatchewan dating back to its territorial days, and progressive advancement in the dignity, jurisdiction, and autonomy of the court. But the path forward was not easy.

The introduction of the Canadian Charter of Rights and Freedoms in 1982 changed the relationship between provincial governments and judges of their Provincial Courts, leading to a string of legal battles across the country that began in Saskatchewan and culminated in a landmark decision of the Supreme Court of Canada affirming the principles of judicial independence and the rule of law.

Today, those early challenges are the bedrock on which was built a caring, dynamic, and independent “people’s court” that honours its past and meets the challenges of the future. 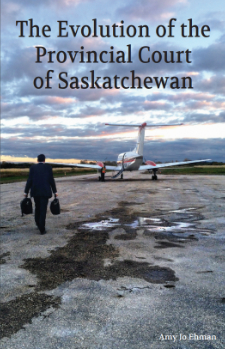